The Great Pyramid of Giza

Yes, it is called Great Pyramid of Giza. The other two known names are Pyramid of Khufu or the Pyramid of Cheops. It is the oldest and the largest of the three pyramids in the Giza pyramid complex in Egypt.

It is the oldest of Seven Wonders of the Ancient World. It is believed that the time needed to build it was 10-20 years.
The pyramid was the tallest man-made for about 3800 years with a height of 146.5 meters when it was built. Now it is 138.8 meters. The mass of the pyramid is estimated at 5.9 million tonnes.

It is one of the most visited place for people who goes to Egypt.

Previous Great Pyramid of…
Next How many triangles do you see? 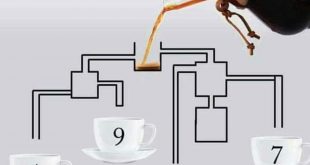