Home / Riddle / Solve this riddle with God and Devil 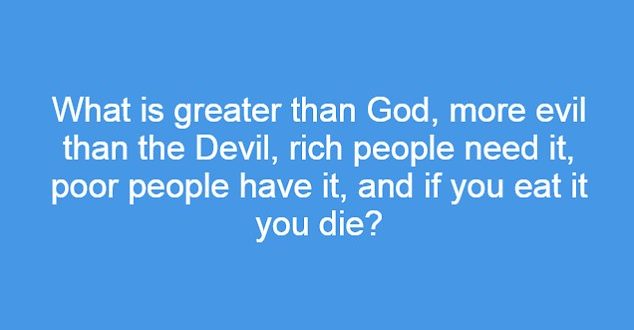 Solve this riddle with God and Devil

What is greater than God, more evil than the devil, the poor have it, the rich don’t need it and if you eat it, you’ll die?

The answer to this riddle is “nothing.” Nothing is greater than God, and nothing is more evil than the devil. The poor have nothing, while the rich need nothing. Finally, if you eat nothing, you will die.

This riddle is known as Paul Harvey’s riddle. It gained popularity as the result of a rumored study performed by a man named Paul Harvey. Harvey’s seemingly nonexistent study supposedly found that only 17 percent of Stanford seniors had gotten this question right, compared to 80 percent of kindergarteners. In truth, there has been no evidence that such a study was ever performed.
Share
Previous Four days of the week that starts with letter T
Next What has hands but cannot clap? 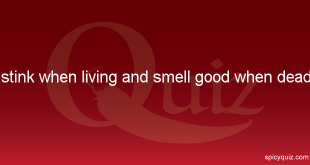 I stink when living and smell good when dead? 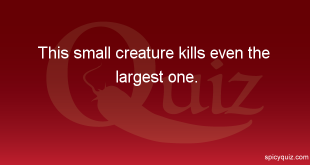 This small creature kills even the largest one 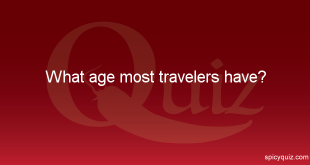 What age most travelers have?

What helps to carry books?

I help you carry your books. What am I?